The Folk of the Air Wiki
Register
Don't have an account?
Sign In
Advertisement
in: Characters, Faeries, Females,
and 6 more

Princess of the Undersea

Changes colors to match the sea

Nicasia is a faerie and the princess of The Undersea. She is the daughter of Queen Orlagh. She was also a member of Cardan Greenbriar's inner circle of friends.

Nicasia has blue-green hair like the color of the ocean that differs and darkens according to her mood. She also has pale eyes that shine a metallic color under the sea. The tips of her ears come to blue webbed points. Nicasia possesses long limbs that are "perfectly shaped" according to Jude, and her mouth is the pink of coral. She is often seen with small pearls decorating her hair. She’s described as “magnificent” by Prince Cardan and is often regarded as very beautiful. When she is submerged in water, her legs are replaced with a long tail.

Nicasia is a bully. She is constantly cruel to others, especially those who are of a lower status than her. She also thinks she can get away with anything because she is the daughter of a Queen. She is prone to jealousy and is very self-centered. Her rage makes her dangerous. She enjoys causing land-dwelling fae misery. Though later, she does reveal that she has a caring and softer side. It is also evident that Nicasia still harbors feelings towards Cardan and is seen being hateful at Jude for the fact that Cardan loves her instead.

Nicasia has been sent to the High King's Court to be fostered. She is a part of Prince Cardan's inner circle, along with Valerian and Locke.

Nicasia was good friends with Cardan. Their friendship turned into a romantic one until Locke convinced her to leave Cardan for him. Though Nicasia still loves Cardan and they are still friends.

Nicasia is with Locke, Valerian, and Prince Cardan at the revel at the court. At lessons the next day, Nicasia joins Cardan, Locke, and Valerian in bullying Jude and Taryn.

Jude sneakily puts salt in Cardan and the group's lunch in retaliation for kicking dirt on her lunch yesterday. After lessons, they attack Jude and Taryn. Valerian, Nicasia, and Locke take turns throwing their belongings into the river. Nicasia says, "This is just a game. But sometimes we play too hard with our toys. And then they break."

Nicasia participates in the mock war at the Summer Tournament on Cardan's team.

At lessons, Nicasia begins bullying Jude for not being able to see at night and slaps her across the face. When Valerian forces Jude to consume faerie fruit, Nicasia begins making Jude embarrass herself. She tells her to take off her clothes and laughs at her.

When Jude starts being involved with Locke, she overhears Nicasia asking Locke if he's enjoying himself, telling him that Cardan won't forgive him for what he's doing with Jude.

Nicasia is at the feast held by Prince Balekin to persuade the other Courts to support him as High King. She is jealous when she sees Jude with Cardan. Cardan tells her to stay away from him tonight for her own sake.

Jude discovers that Nicasia is the mystery crossbow shooter. Jude thinks she tried to shoot King Cardan. Nicasia tells her she was only trying to kill the girl he was with. She had thought to surprise him in his rooms, but when he returned he was not alone. When Jude tells her she's committed treason and will be executed, Nicasia just says that she is a princess of the Undersea and thus is exempt from the laws of the land. Jude realizes that the worst of her behavior in school came from her belief that she could never be punished. Jude gets Nicasia to tell her that Queen Orlagh believes Cardan will agree to her terms to renew the treaty between Elfhame and the Undersea and is just flattering Balekin and letting him believe he's important, but he won't be. She then informs Jude that someone she trusts has already betrayed her.

Nicasia is later encased in a tree trunk thanks to Cardan’s powers, and her mother, Queen Orlagh, bargains with Cardan for an alliance in exchange for her daughter.

During the time that Cardan is turned into a serpent, Jude sent a message asking for help to Nicasia. Nicasia arrives at the banquet and pulls Jude aside, dropping down on her knees to beg Jude to turn Cardan back, thinking Jude wants to keep Cardan as a serpent so that she can be Queen. Nicasia reveals that at first when Cardan made her his seneschal, she thought he had only wanted Jude for her lying tongue, but then after Jude was exiled, Nicasia learned more. She admits to Jude that the two were friends before everything and still remained friends after everything. Nicasia hates Jude because she’s jealous that Cardin loves Jude. When Jude tries to object, that Cardan hated to love her too, Nicasia denies that. Nicasia goes on to tell Jude that Cardan used to free the human slaves and even tells Jude that Cardan was the one to give her the coronation gown. Nicasia ends by asking Jude to save him, to which Jude replies that she'd do anything to save him, no matter the danger or cost. They both realize how much they love Cardan.

When Princess Nicasia first arrived in Elfhame, many of the princes and princesses of the High Court attempted to get close with her. However, due to his lack of interest in her, the only one Nicasia took a liking to was Prince Cardan. The two became close and eventually started a relationship, which ended when Cardan caught Nicasia sleeping with Locke at Prince Balekin's revel.

Queen Orlagh and Nicasia appear to have a close mother-daughter relationship. Although Nicasia is sent to the High Court to be fostered, she is kept informed of her mother's plans. Queen Orlagh trusts Nicasia with important information, such as the identity of her spy and her plans to diminish the power of the land. When Cardan threatens Orlagh by encasing Nicasia in a tree, Orlagh backs down from war to save her daughter. Nicasia continues to be dependent on her mother.

Cardan was Nicasia's first friend in Faerie. Spending their early youth together, reading poetry to one another, they became lovers. Due to Nicasia's nature, she slowly became bored of Cardan. Instead, she lets Locke seduce her away from him. Eventually, Locke leaves her to court Taryn. Upset by the events taking place she desires Cardan again, asking him to take her back, but Cardan doesn't love her anymore and decides to leave her once and for all. Throughout the books, she feels jealousy towards all those who have Cardan's attention, as shown when she tried to shoot bolts at a girl in Cardan's bedroom. When Cardan is asked by Jude to seduce her in order to get information, he fiercely objects and is offended by her request. He does not understand why Jude would ask him such a thing. Cardan is unable to forgive Nicasia for her betrayal, treatment, and kidnapping of Jude, but feels sorry for her towards the end of the books.

Locke and Nicasia were friends. Locke seduced Nicasia to make her leave Cardan. They were lovers for a while, but Locke left her and courted Taryn instead. Nicasia admits to Jude that Locke ruins everything. When Locke is killed, Nicasia genuinely grieves his death.

She shows a complete distaste for Jude. She is cruel towards Jude. Nicasia likes to try and make Jude feel inferior due to Jude's human heritage. She is extremely jealous of Jude when Jude tells her that she and Cardan kissed. When Jude is taken captive to the Undersea, Nicasia is one of the faeries who torture her. 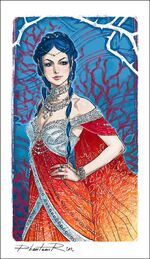 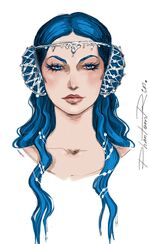 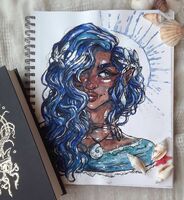 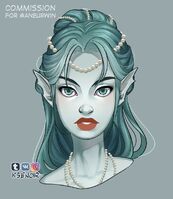 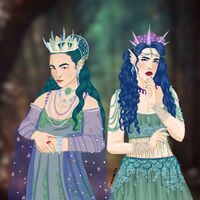 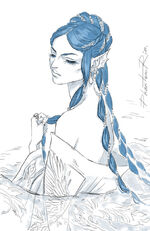 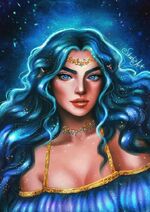 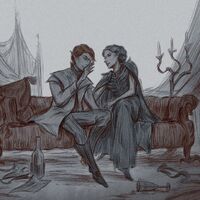 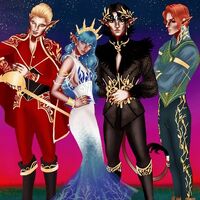 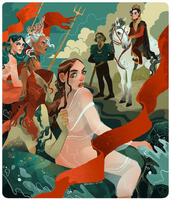 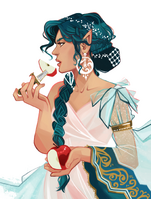 by eklixio
Community content is available under CC-BY-SA unless otherwise noted.
Advertisement