The Lost Sisters is a e-novella set between the events of The Cruel Prince and The Wicked King. [1]

It is book 1.5 in The Folk of the Air trilogy by Holly Black, written in the style of a letter from Taryn to Jude. It is recommended to read The Lost Sisters before The Wicked King.[2]

While Jude fought for power in the Court of Elfhame against the cruel Prince Cardan, her sister Taryn began to fall in love with the trickster, Locke.

Half-apology and half-explanation, it turns out that Taryn has some secrets of her own to reveal.

"Come down, my beauty, my darling, my dove."

"Once there was a girl named Taryn, and she was beloved of a boy named Locke."

"But what about all those girls, all those obedient girls who trusted and loved and wed and died." 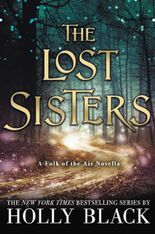 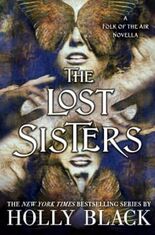 Retrieved from "https://the-folk-of-the-air.fandom.com/wiki/The_Lost_Sisters?oldid=8631"
Community content is available under CC-BY-SA unless otherwise noted.