The Roach is a member of the Court of Shadows, the spy group that worked for Prince Dain.

The Roach is a male goblin. He has scarred, green skin, the color of ponds. His nose is long and twists fully around, before bending back toward his face like a scythe. His hair is a black tuft at the very crown of his head. His eyes are unreadable. He has a melodious voice, completely at odds with his face. When he grins, it twists his whole face up even more hideously. He has sharp claws and a black tongue.

The Bomb described The Roach as being so affable, so dapper and charming, that he’d con people right to their faces, with no magic required. He is friendly and inviting toward Jude when she joins the Court of Shadows. He is an excellent strategist. He is able to consider all the aspects of a plan, big and small.

The Roach says he judges people by three things: how square you are with the Court of Shadows, how capable you are, and what you want for the world. The Roach believes in the triumph of goodness, but not before he gets his.

The Roach met The Bomb when she was in the human world, working as a small-time crook. The Roach spotted her and he pointed out that while she might not be much of a thief, she was good at concocting potions and bombs. They worked together for decades.

They screwed up a job, and Prince Dain Greenbriar got hold of them. He had a scheme for them to betray the Court of Bone and join him. So they did and ended up in Dain’s service instead.

The Roach meets Jude when she joins the Court of Shadows. The Roach orders Jude to practice moving through the crowds of courtiers without being noticed, and to eavesdrop without seeming interested. He teaches her to conceal herself and to blend in with others to avoid notice.

He supports Jude's plan to pick the next High King. When Jude tells him her plans, he begins to write out the plan and Jude remarks, "You're replanning my plan." The Roach replies, "Just a little."

The Roach continues to be a member of the Court of Shadows. They are now working to protect the High King and for less bloodshed in Faerie.

The Roach and the Ghost wake Jude up in the middle of the night. They take her to Cardan's rooms where he is drunk and upset. Locke and two other faeries lie drunk and half undressed. The room is a wreck and partially on fire. Jude orders everyone out. Cardan says that someone tried to kill him. While Jude explores the secret passage that the would-be assassin escaped through, the Roach and the Ghost stay to protect Cardan.

The Roach is teaching Cardan how to do slight-of-hand with a coin. Cardan says that he likes doing it because it lets him feel in control. The Roach replies that the only thing you can be in control of is yourself. 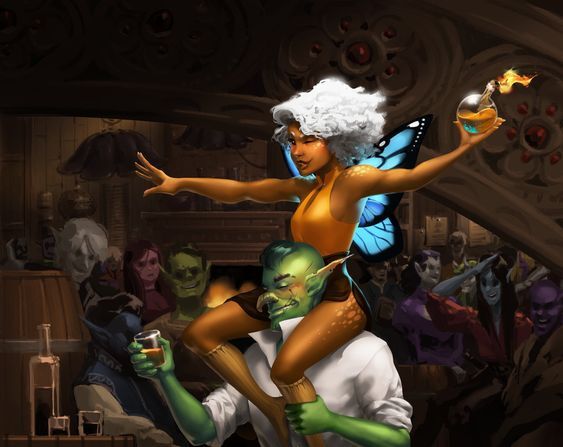 The Roach and The Bomb have a good relationship with each other and have been friends for decades. They are playful with each other. They have feelings for each other, but haven't told one another. After the Roach is poisoned, the Bomb tries to find a way to cure him. She unfortunately fails, and as a last resort asks Jude to heal him. Jude is successful and after the Roach wakes up, they confess their feelings for one another.

The Roach is friendly and inviting to Jude when she joins the Court of Shadows. The Roach orders Jude to practice moving through the crowds of courtiers without being noticed, and to eavesdrop without seeming interested. He teaches her to conceal herself and to blend in with others to avoid notice. The Roach supports Jude. Their relationship continues to strengthen as time goes by and they keep working together in the Court of Shadows. 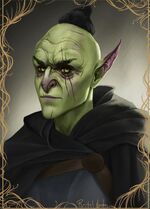 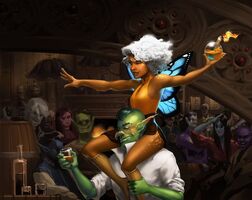 Retrieved from "https://the-folk-of-the-air.fandom.com/wiki/The_Roach?oldid=7495"
Community content is available under CC-BY-SA unless otherwise noted.