The Wicked King is the second book in The Folk of the Air trilogy by Holly Black.

The first lesson is to make yourself that strong.

After the jaw-dropping revelation that Oak is the heir to Faerie, Jude must keep her younger brother safe. To do so, she has bound the wicked king, Cardan, to her, and made herself the power behind the throne. Navigating the constantly shifting political alliances of Faerie would be difficult enough if Cardan were easy to control. But he does everything in his power to humiliate and undermine her, even as his fascination with her remains undiminished.

When it becomes all too clear that someone close to Jude means to betray her, threatening her life and the lives of everyone she loves, Jude must uncover the traitor and fight her own complicated feelings for Cardan to maintain control as a mortal in a faerie world.

The new novel in the fantasy series, due at the beginning of next year, picks up following the aftermath of the jaw-dropping revelation that Oak is the heir to Faerie. To keep her younger brother safe, Jude bound the wicked king, Cardan, to her, and made herself the power behind the throne. Navigating the constantly shifting political alliances of Faerie would be difficult enough if Cardan were easy to control. But he does everything in his power to humiliate and undermine her even as his fascination with her remains undiminished.[1]

The new High King of Faerie lounges on his throne, his crown resting at an insouciant angle on his brow, his long villainously scarlet cloak pinned at his shoulders and sweeping over the floor. [2]

Teaser 2 (from a review on Goodreads):

“For a moment," he says, "I wondered if it wasn't you shooting bolts at me."

I make a face at him. "And what made you decide it wasn't?"

Teaser 3 (from a review from a book blog):

Our eyes meet, and something dangerous sparks. He hates you, I remind myself.

I feel those words, feel them like a kick to my stomach. He sees my expression and laughs, a sound full of mockery. I can't tell which one of us he's laughing at. He hates you. Even if he wants you, he hates you...[4]

Teaser 4 (from a review from a book blog):

His mouth curls into a smile. His eyes shine with wicked intent. “Look at them all, your subjects. A shame not a one knows who their true ruler is.” [5]

"Look into this one," the Bomb says with a strange expression.

It's Cardan as a very small child. He is dressed in a shirt that's too large for him. It hangs down like a gown. He is barefoot, his feet and shirt streaked with mud, but he wears dangling hoops in his ears, as though an adult gave him their earrings. A horned faerie woman stands nearby, and when he runs to her, she grabs his wrists before he can put his dirty hands on her skirts.

She says something stern and shoves him away. When he falls, she barely notices, too busy being drawn into conversation with other courtiers. I expect Cardan to cry, but he doesn't. Instead, he stomps off to where a boy a little bit older than hi is climbing a tree. The boy says something, and Cardan runs at him. Cardan's small, grubby hand forms a fist, and a moment later, the older boy is on the ground. At the sound of the scuffle, the faerie woman turns and laughs, clearly delighted by his escapade.

When Cardan looks back at her, he's smiling too. [6]

Teaser 6 (from Holly Black reading at a signing):

Then he takes my chin, glamour in his voice. “Tell me that you're mine, Jude.”

“Crawl to me,” he says with a grin. Embarrassment pinks my cheeks

“I stare at his treacherous mouth and imagine it on me.”

"I threatened to kiss him some more if he didn't do exactly what I wanted."

"Your ridiculous family might be surprised to find that not everything is solved by murder." 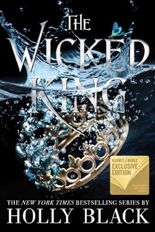 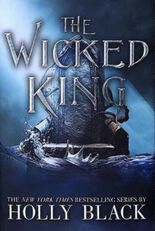 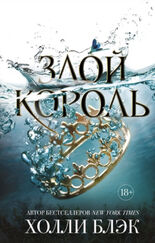 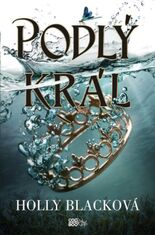 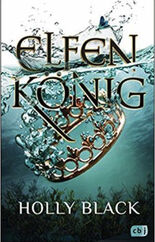 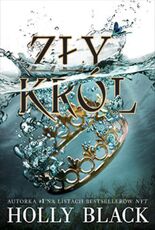 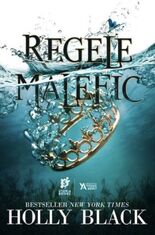 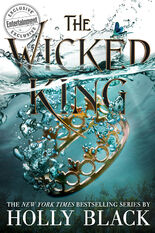 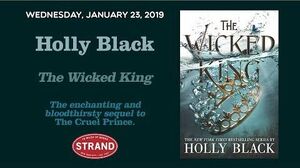 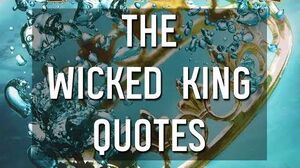 Retrieved from "https://the-folk-of-the-air.fandom.com/wiki/The_Wicked_King?oldid=8632"
Community content is available under CC-BY-SA unless otherwise noted.